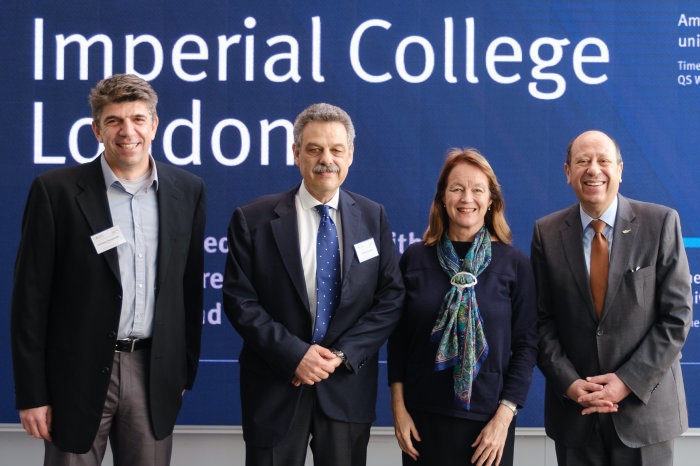 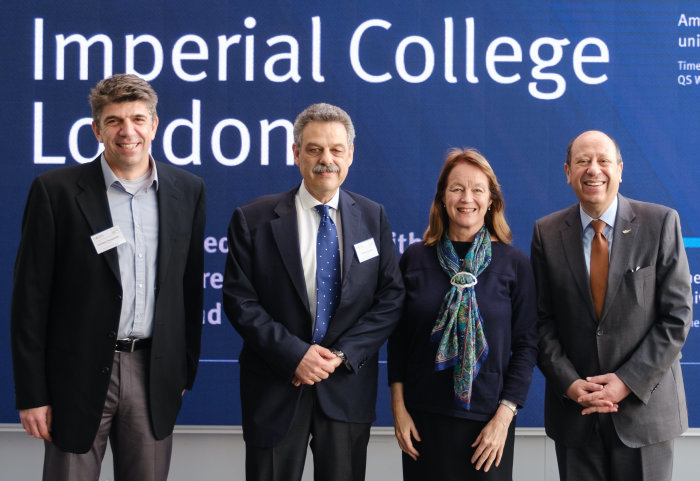 Scientists from Imperial and the University of Cyprus demonstrated their research to safeguard critical infrastructures at a special event this week.

The High Commissioner for the Republic of Cyprus in the UK Euripides L. Evriviades joined a delegation from Cyprus at the event at Imperial to learn about the latest developments from a key research partnership.

The KIOS Research and Innovation Centre of Excellence is a multimillion pound European Union backed partnership between Imperial and the University of Cyprus, which focuses on making critical infrastructure such as water and energy supplies more efficient, resilient and economical.

“I think its important this week and going forward – when we’re concerned about our future in Europe – that we’re celebrating a partnership that we know will exist no matter the climate or political decisions that are made.

“Imperial is proud of its long-standing links with Cyprus, and we look forward to continuing to develop our relationship with Cyprus through this important collaboration.”

The High Commissioner said: “KIOS epitomises the growing relationship between the UK and Cyprus in research.

“Through this project they are developing a strong collaboration that benefits both parties in various ways through joint publications, collaborative projects and improved access to human resources from the Middle East and North Africa due to Cyprus’s geography.

“The collaboration will lead to development of new companies and we are eager to cultivate synergies and new opportunities.”

Professor Christos Panayiotou, from the University of Cyprus, spoke about the vision for KIOS and its hopes to expand significantly from 123 researchers currently to 200 by 2024.

Professor Panayiotou said: “It is widening an important EU programme and investing in an area with huge research potential. It enhances research mobility, capability to attract industrial funding and enhance innovation.”

Professor Thomas Parisini, Imperial’s KIOS lead, said: “We have complementary expertise and will contribute in the area of monitoring control and on security – a word that we will hear a lot in the next decade, an important property of any critical infrastructures. It’s a long term commitment – not just the seven years of funding, we want it to self-sustain.”

Scientists from KIOS then presented some of their latest research.

Dr Demetris Eliades, from the University of Cyprus spoke about fault diagnosis in water distribution networks. Dr Eliades explained that the water industry faces many challenges such as revenue and water losses. Around 20% of drinking water in the EU is lost and does not generate any revenue due to leakages, theft and pipe breaks.

His team are using sensors to help predict which pipes are at higher risk to break and isolate leak location. They have also designed a virtual city of 50,000 people and put in water infrastructure to test different models and simulations.

Dr Lenos Hadjidemetriou, from the University of Cyprus, spoke about modern power systems with high penetration of renewables.

And the University of Cyprus’s Assistant Professor Stelios Timotheou spoke about intelligent transportation systems in the era of connected and
autonomous vehicles.

The €15 million project is funded through the Horizon 2020 Widespread-2016-2017 programme. When in-kind support from the College and co-funding from the Cypriot Government, the University of Cyprus and local and international industries is taken into account the project’s budget rises to over €40 million.

The project underlines Imperial’s growing ties with Cyprus. In the last five years, Imperial researchers have co-authored nearly 900 papers with their peers in Cyprus. The College also has 195 Cypriot students and 43 staff from the country as well as a 1,000-strong alumni community in Cyprus.