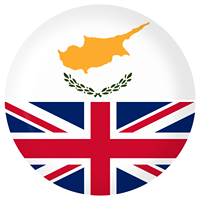 Cyprus has a strong bilateral relationship with the UK, reflecting the two countries’ long historical ties, which date back to the 19th century. Today, the two countries maintain close links in the political, economic and cultural fields. These are enhanced further through the strong position of Cyprus as member of the European Union and the Commonwealth.

Furthermore, Britain, one of the guarantor powers of Cyprus’ independence and territorial integrity, is committed to a comprehensive, just and lasting settlement in Cyprus.

The two countries maintain strong person-to-person contacts. It is estimated that there are around 270,000 Cypriots living in the UK and that approximately 12,000 Cypriot students are currently enrolled in British universities. At the same time, there are between 25,000 and 30,000 Britons living in Cyprus. Also, more than 1.3 million British tourists visit the island every year, representing a third of the overall number of tourist arrivals to Cyprus.

The UK is Cyprus’s second most significant trading partner. In 2017, the exports of Cyprus to the UK reached almost €116m whereas the UK exports to Cyprus were around €503m.

Over the years, the UK has been a close trading partner to Cyprus, not just in goods but also in services, with the UK being in 2017 the most important partner in services for Cyprus of a total value of more than €2b.

Also, in 2017, Foreign Direct Investment (FDI) from the UK into Cyprus amounted to €4b whereas Cyprus’ FDI into the UK was €8b. The major sectors, by economic activity, that attracted foreign investments were financial and insurance activities, real estate activities as well as various professional, scientific and technical activities.

Fee for application for a non-impediment Certificate £29

A very warm welcome to @OOdysseos, who will be serving as the new Consul General at the High Commission of Cyprus in the United Kingdom.

We would like to thank @TheodorosGotsis for the collaboration and contribution in serving 🇨🇾 and its citizens in 🇬🇧.

Are you an EU citizen planning to move to the UK to work here? You need to apply for a work visa under the UK’s new points-based immigration system. ❗️EU citizens visiting the UK are not allowed to work in the UK. This includes part-time work and unpaid work (e.g. internships).