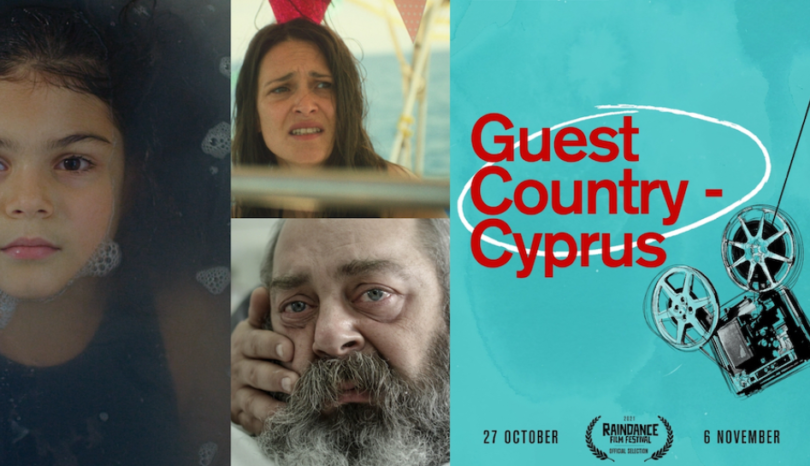 Raindance 2021 programme was announced on Wednesday 15 September at the Cyprus High Commission in the UK by Raindance Founder Elliot Grove and Cypriot Cultural Counsellor Marios Psaras.

The Cyprus High Commission in the UK and Invest Cyprus join forces with Raindance to present an exciting programme of new films from Cyprus at the 29th edition of the largest independent film festival in the UK, which is also a qualifying festival for Oscars®, BAFTA and BIFA.

On the industry side, the Cyprus Guest Country programme includes a masterclass with award-winning cinematographer Haris Zambarloukos, and a special talk by Invest Cyprus (Cyprus Investment Promotion Agency) to present the Cypriot government’s package of incentives for international producers and, of course, Cyprus’ uniqueness as an ideal filming location. In addition, opportunities will be offered to the Cypriot filmmakers to participate in networking events and private meetings with British industry professionals.

The Cyprus Guest Country programme at RAINDANCE, an initiative of the Cultural Section of the Cyprus High Commission, is a unique opportunity for the promotion of contemporary Cypriot cinema to the UK and international audiences, as well as a great platform for the promotion of Cyprus itself as a new filming destination.

The programme is supported by the Cultural Services of the Ministry of Education, Culture, Sports and Youth of Cyprus, and Invest Cyprus (Cyprus Investment Promotion Agency), and is organized in collaboration with the Cyprus Film Days International Film Festival.

The festival’s full programme is available at: raindance.org/festival-programme.

The @DepMinCultureCy and the @RialtoTheatreCy launch a call for submissions of feature films in the two Competition Sections of “Cyprus Film Days”, the official international film festival of 🇨🇾
🗓️Deadline is 20/12/2022
Rules, regulations & submissions 👇https://cyprusinuk.com/wp-content/uploads/2022/12/FINAL_CFD-2023_-RULES-AND-REGULATIONS_ENG.pdf

❗️Women from the LGBTIQ+ community face combined forms of violence, stigma and discrimination.

#ViolenceAgainstWomen is still present in too many forms in our society. This has got to 🚫stop!