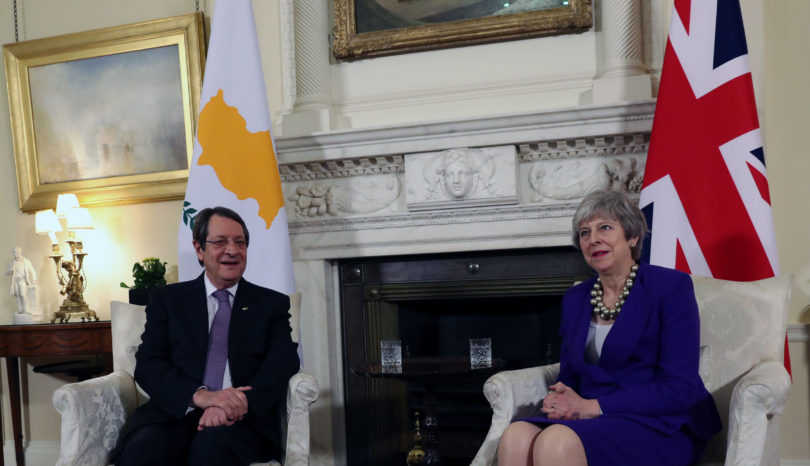 The President of the Republic met with the UK Prime Minister

The President of the Republic, Mr Nicos Anastasiades, met on Tuesday 5 March in London with the UK Prime Minister, Ms Theresa May.
After the meeting, which took place at the Office of the Prime Minister at 10 Downing Street, the President of the Republic told reporters that “with Prime Minister May we had a very productive discussion, which focussed on the issues that concern the Cyprus problem, the bilateral relations and of course Brexit; something that preoccupies all Europeans, and of course our bilateral relations or our future relations if, against hope, there will be an exit without an agreement. I hope that by the next European Council on the 21st of this month, ways will be found so that the smooth exit of Britain will be addressed, one way or another.
With regard to the Cyprus problem, Prime Minister May repeated the firm positions of Britain, that is to say, that it desires a solution that will be based on the UN Resolutions, the principles and values of both the UN Charter and of course of the EU. 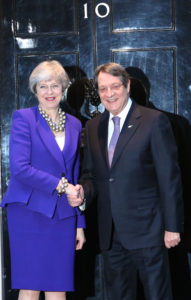 Most importantly, however, is that she repeated the position that Britain would not wish to continue its role as a guarantor power.”