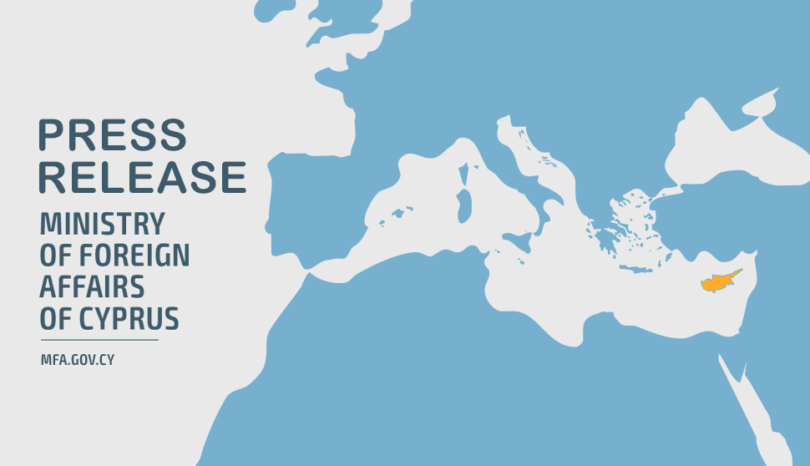 The Minister of Foreign Affairs, Mr Nikos Christodoulides, addressed a letter on Wednesday, February 13, 2019, to the Secretary of State for Foreign and Commonwealth Affairs of the United Kingdom, Mr Jeremy Hunt, in response to Mr Hunt’s letter regarding the issue of citizens’ rights following the withdrawal of the United Kingdom from the European Union.

In this letter, inter alia, Minister Christodoulides notes that although Cyprus deeply regrets the UK’s withdrawal from the European Union, it fully respects the relevant decision. Cyprus advocates for a strong relationship between the European Union and the UK post Brexit, recognizing that maintaining close cooperation in crucial fields will be beneficial to all.

Cyprus believes that an ambitious EU-UK future relationship is best secured through an orderly withdrawal. The Withdrawal Agreement, as agreed, is the best way forward and provides much needed certainty for our citizens and businesses, whilst mitigating, to the extent possible, the negative Brexit repercussions.

Moreover, in his letter Minister Christodoulides notes that Cyprus is preparing, in close cooperation with the EU and other member states, for all outcomes, including that of a no-deal exit. Citizens’ rights remain high on Cyprus’ agenda and Cyprus has welcomed the UK Government decision to unilaterally apply the same approach provided for in the Withdrawal Agreement, for all EU citizens residing in the UK, safeguarding in this way their rights of residence and access to benefits on the same terms as they presently enjoy, in the event that the UK were to leave the EU without an agreement.

In the case of a no-deal Brexit, Cyprus stands ready to ensure that those British citizens residing in Cyprus presently, and until 29 March 2019, will be able to continue residing and enjoying the same rights as provided for in the Withdrawal Agreement. Necessary arrangements mirroring the provisions of the Withdrawal Agreement will be taken, so as to protect, to the extent possible, their current rights. At the same time, in certain areas, a uniform application of such rights by all member states must be secured, for the benefit of citizens, and as such measures are to be taken at Union level and reciprocal arrangements should be sought.