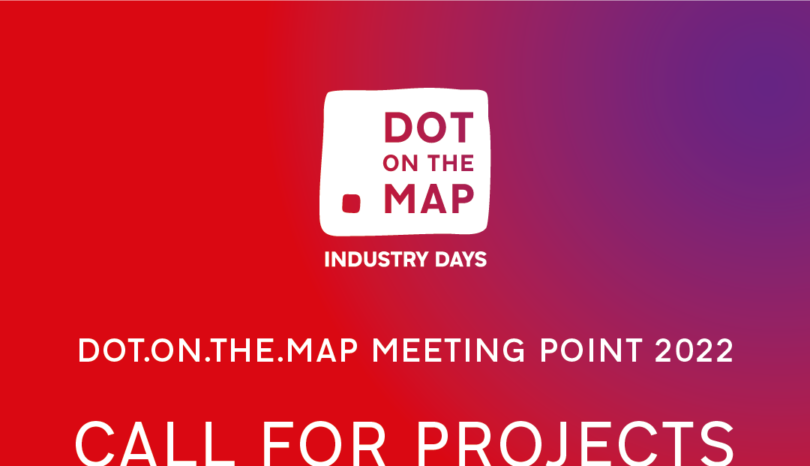 Dot.on.the.map Industry Days is a co-production, training and networking platform that brings producers, directors and scriptwriters from countries bordering the Mediterranean Sea, from across the three neighbouring continents of Cyprus, together with international film professionals. It provides an opportunity to filmmakers from these countries to present their new feature film projects and network with international industry professionals.

The organisers’ vision is the development of this initiative into a dynamic platform for artistic and financial collaborations, which will contribute to the development of the art of filmmaking in Cyprus and the wider region, serving as a hub for films originating from countries bordering the Mediterranean Sea.

Dot.on.the.map Meeting Point is an an international co-production forum which creates a platform to offer filmmakers the opportunity to pitch their projects to the international film industry and to find the right connections to get the projects co-produced, financed, developed and/or distributed
Dot.on.the.map Meeting Point aims at a strong selection of projects giving producers and directors the opportunity to present their ideas to a number of potential financial, development and distribution partners during a 3 day event in Cyprus.

The producers, directors and scriptwriters of the projects chosen for Dot.on.the.map Meeting Point will pitch their projects in a series of pre-arranged one on one meetings and a pitching session. An international jury will determine the projects that will be presented with the awards. The awards will be presented during the closing ceremony of the festival, Saturday, 16 April 2022. The list of awards will be announced at a later stage.

We are looking for:

The call for project submissions will remain open 24 January 25 February 2022.

Dot.on.the. Map Meeting Point is open to fiction-feature length projects by directors with their 1st, 2nd or 3rd film.

1. The application materials must be in English
2. We accept all genres within FICTION only.
3. A production company or producer may submit two or more projects.
4. A project should indicate to which other workshops and markets it has
previously participated and when, or if it is a completely new project.
5. The budget of the film should not exceed two (2) million euro.
6. The projects are evaluated by at least three (3) readers.
7. The number of selected projects is up to six (6).
8. The selection will be announced by mid-March 2022.

All submissions must be received by February 25th, 2022.

By then we need to receive the complete application package (online and in English):

Please make sure to complete the form thoroughly. Once you have completed the online form you cannot make any changes. Elements from the application form will be used for catalogue information should your project be selected.

B. Materials (must be in one single PDF file)

1. Synopsis (one (1) paragraph)
2. The treatment OR the script in English (If you do not have a script yet then send only the treatment. Please note that projects with a script have priority)
3. Biography/filmography of the producer and production company
4. Biography/filmography of the director
5. Director’s statement (regarding the story and the visual style)
6. Producer’s statement about the financial strategy
7. Budget outline (Ιn Εuro)
8. Financing plan (Ιn Εuro)
9. A list of con firmed financing for the project (if available)
10. Rights agreement between the director and the producer or a letter from the director stating that the particular producer will be representing the project
11. Previous film/s of the director (online in a secure link)
12. Mood board (if available)

Once a project has been selected, two representatives (producer and director) are expected to participate in the 3 day event of Dot.on.the.map Meeting Point in Cyprus 14-16 April 2022. Dot.on.the.Map covers accreditation, travel fees of up to €300, 3 nights accommodation, and airport transfers for one representative per selected project. Special accommodation fares are proposed to the 2nd participant.

Dot.on.the.Map Industry Days and Cyprus Film Days IFF operate as Covid free spaces. By submitting your project to Dot.on.the.Map you understand that the person(s) traveling from abroad to Cyprus representing the project with physical presence must present a vaccination or a recovery certificate in order to participate. For applicants residing in Cyprus, the above rules remain valid along with any other protection measures that may be announced by the Ministry of Health at the time of the event.

The @DepMinCultureCy and the @RialtoTheatreCy launch a call for submissions of feature films in the two Competition Sections of “Cyprus Film Days”, the official international film festival of 🇨🇾
🗓️Deadline is 20/12/2022
Rules, regulations & submissions 👇https://cyprusinuk.com/wp-content/uploads/2022/12/FINAL_CFD-2023_-RULES-AND-REGULATIONS_ENG.pdf

❗️Women from the LGBTIQ+ community face combined forms of violence, stigma and discrimination.

#ViolenceAgainstWomen is still present in too many forms in our society. This has got to 🚫stop!